Burlesque as a Feminist Act – Revisited

I wrote an article back a few months ago about my thoughts on feminism and burlesque and concluded that my opinion is that burlesque is a feminist act.

After recent discussions with several people, some burlesque performers, some not, some proclaimed feminists and those who aren’t so sure, I have revisited my ideas on whether burlesque truly is a feminist act, looking at the wider context of burlesque rather than the act of performing itself.  Think of this as a (possibly less witty but not too ranty) addendum to the previous.

Is burlesque really a feminist act? What, all of it?  Really??

The truth is, no it is not.  Not always.

For me, for many others, it can be.  Not necessarily the theme of the routines themselves, but our intentions.  However, this is not true of everyone and this is something that has been pushing its way into my mind due to the recent rise in new performers in the last year or so.

There are now a plethora of ladies out there performing what I tend to short hand as “mainstream burlesque”.  We all did this – me included.  My very first routine was corsets and gloves and glitter.  I am not saying the corsets and gloves and glitter are less burlesque or less valid than any other form and in fact they can be awesome, but because these are the mainstream concepts, this is where many ladies start and often they do it as an emulation of classical acts of the 40s through 60s.

On occasion I have actually been uncomfortable watching routines that not only emulate, but romanticise the past.  I have seen this done well by women who carry it off with so much sass and class that despite being classical in nature or style, the routine is firmly rooted in the modern day (see Missy Malone and Miss Gemma Sheree).  But there are others that don’t quite pull it off and whose intentions are different.  I for one have found myself cringing at the occasional routine that seems to just be a girl in a pretty 50s dress seducing the audience but that something about it just doesn’t quite sit right.  Maybe it’s because that routine crosses the line and romanticise the past. 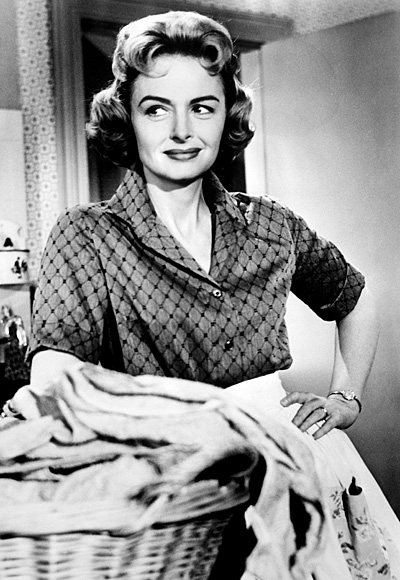 Donna Reed as the perfect housewife in ‘The Donna Reed Show’

Sometimes these routines, likely unintentionally, hark back to a time that wasn’t good for women, as pretty as the dresses and make up are.  I want to see the routines that show not how things were, but how they should have been!  A for instance of someone doing it this way would be my friend Violet Vayne’s mambo routines (Honey I’m Home and the Christmas version of the same act).  The premise is a 50s housewife making the house presentable for her husband, taking a break and ending up possessed by the mambo spirit, with naughty moves and the removal of clothes (of course).  But what makes it an appropriation and not emulation is the very end – we hear a voice calling “honey I’m home”, Vi looks panicked, what’s a girl to do?  When the voice then asks sternly “where’s my dinner”, she mouths “oh, fuck off” and stomps offstage.  Taking the inequalities of the past and questioning it, turning it around in just one small way that makes all the difference.

Bitchiness, jealousy and professional rivalry exists in all walks of life and jobs.  I say this because it happens in burlesque, and when it does it can be devastating for some, I think we perhaps take it more to heart in this context because we are literally bearing so much of ourselves.  That said, I’d definitely say there is no more of it in burlesque than many other environments I have worked in.  I’m not saying it’s right or nice, just that it isn’t isolated to burlesque.  And so with other walks of life, it should not stop us still being there to support one another.

Glory Pearl recently wrote an interesting article about pay within burlesque, and one point she made was that despite the closeness that often exists in burlesque (due to the ultimately small world we find ourselves in), these girls are also our competitors.  She’s right.  There’s no denying it and proclaiming that all we do is encourage and love each other.

However, I think there is a different between being each other’s competition and actively competing, especially ruthlessly so, and another difference again between that and being a bitch.  We can still be a sisterhood, we compete with each other every day in other lines of work, and yet can still be supportive and encouraging – why should burlesque be any different?  Perhaps for the same reason as above, because it is in a context where we are literally naked.  But we don’t have to let it be this way.  Rather than competing with each other, it is more the case that we are competing with mainstream ideas and ideals, which are often driven by what is considered to be the appropriate image, look or style (as we women often have to deal with full stop!).

Every promoter and member of their audience has different preferences, I have told off (nicely) audience members who have commented to me after a show that I was their favourite because I am a “real woman”, pointing out my slighter friends are just as womanly, just as creative and just as beautiful, to which they have invariably agreed (how can you argue with the facts!!). I am not upset if someone in the audience believes one of my co-performers to be more beautiful because of the size and/or shape of her body or other attributes – that’s their personal taste and not for me to judge, it’s also not why I do it. If someone in the audience is inspired by my size, or enjoys my act more because of it, well that’s lovely and flattering. If they don’t enjoy it because of my size, that’s their hang up. My aim is to perform so well that those who may have had that hang up can be persuaded to look beyond my physical appearance and to my skills instead.

We compete for the available gigs as Glory Pearl was referring to, but in terms of direct professional competition I think it again comes down to intent.  I personally don’t see myself in competition with other performers in this context – for a start we are all unique. Even if we perform similar styles, genres, etc, our acts are totally our own, and how well we perform them is down to us and our abilities. If I see a performer doing something that makes me think “wow she is so much better than me” or more usually “damn, I wish I’d thought of that!” I use it to inspire me. I use it to see how I can be better, but I don’t feel I am competing with them, or anyone else. I am inspired by them and one day I hope to inspire others.   So is burlesque really a sisterhood?  Well really it’s about as sisterhood as any other walk of life, which means it swings somewhere between totally embracing the love and support for each other and us all hating each other’s guts.  Same old, same old.

I took up burlesque because I was attracted to the freedom of the creativity. For me it has never been about empowerment, and although I know some people do connect empowerment with burlesque, I personally feel too much emphasis has been placed on it in recent years.

That said, though I personally wouldn’t term it empowerment, burlesque has given me even more confidence in who I am. For me, although it took me a while to put my finger on it, I realised it came down to ownership of my body. I am totally comfortable in my body, and although not a nudist/naturist, I love having the freedom (that many others sadly don’t have) to be able if I so wish, to enjoy my creativity. The striptease for me, in a way is incidental, it just punctuates or makes more striking what I do.  In fact there are some performers out there with acts that would lose meaning if there was no strip – some of which are incredibly powerful pieces!  Technically, I guess I could perform in a similar way without the striptease, maybe as some sort of performance art? but you know what? I enjoy stripping, I like to go on stage, with my female body that magazines tell me I should have hang ups about and show that there is nothing to be ashamed of, not the shape and size of my body and not my comfortableness with nudity, and that certainly there is nothing wrong with being a woman, especially one in control of her own body. 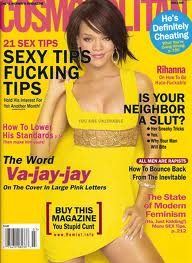 There has been a lot said lately online and in print that the performer should be doing this for the audience. That the audience should be their first, possibly only concern when performing. Although I agree in the context of making sure you acts are polished and enjoyable, your costumes well made and suitable.  I also think it is dependent on the type of show – if it is a showcase for friends then sure, go up there and love it and be as crap as you like, you just want to have your friends cheer you on for being brave, and why they hell not!!  If it is a big theatrical production, yes maybe self indulgence shouldn’t occur on the same level, but even so…

I want the audience to have a great time, I want them to be entertained, I want them to get something from it, but I am not doing it just for them, just for their entertainment. If anything I am doing it for them to show them it can be done, to show that my acts are fun and entertaining regardless of my size and shape, and convey that they are being invited to see me in an advanced state of nudity because I am allowing them to be. Sure, not all the audience get this and so for them perhaps it is not a feminist act, but many do, and I am touched to know that occasionally it inspires people (something I touched on in this).

Feminism in the Burlesque Industry:

Whether burlesque is feminist or not depends on so many variables – your own intentions, the perceptions of the audience, possibly even how you portray yourself.  The fact that we have the freedom to perform in this art form, the fact that burlesque gives us that freedom that many women don’t have whether they would like it or not can certainly be considered feminist.  Whether we choose to take it that little bit further in our performances and add those “fuck offs” to patriarchy in those last few moments is up to us.

So is burlesque as an industry feminist?

I’m going to go with a strong “perhaps”.  Maybe.

3 comments on “Burlesque as a Feminist Act – Revisited”