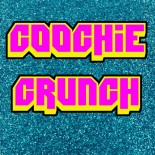 James Alexander is a Bristol based artist. He took some time to tell CoochieCrunch.com about his recent series of paintings inspired by Burlesque dancers.

If you have the bare faced effrontery to call yourself an artist you’re going to get some strange looks, very few job interviews and a lot of daft questions. Chief among these is  “where do you get your ideas from?” which is kind of cute in a way as it implies that artists have some special arrangement with a celestial version of Google that downloads moments of inspiration at the drop of a beret.

The truth is somewhat simpler.

People, it’s all around us.

Two years ago I started a project to paint some of Bristols more outrageous, colourful types. Blundering around various Goth venues I began to appreciate just how much confidence – and courage- it takes to be visibly true to yourself in a world that is suspicious of difference, and I was charmed by how helpful and encouraging they were.

With several Goth related paintings sorted I was looking around for people with a similar sense of theatricality when I met the inimitable Poppy Von Tarte. I don’t know if it was her red hair, her dancers posture or the python in her handbag, but sometimes you just know you’re onto a winner. 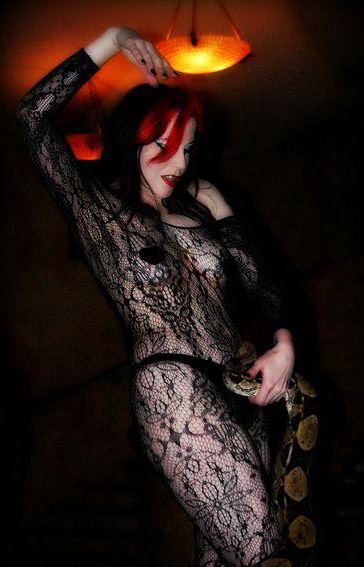 The girls at Pink Kitten Dance School were cool with me sketching them during performances, several fabulous performers got involved (Great Big Thanks to Laura, Ivana Van der Fluff and Lou-Leigh Blue, couldn’t have done it without you ladies) and before you could say Merkins I was up to my ears in feathers and glitter. 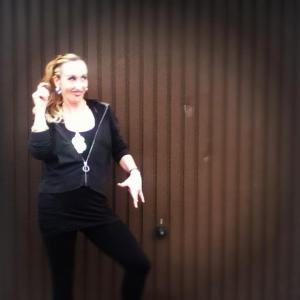 What had started as a series of paintings of costumed extroverts had developed into something more thoughtful; more significant. Behind every costume is a story, and for some  it was all about the chance to be their alter ego; to let go of stifling inhibitions placed there by other peoples narrow view. 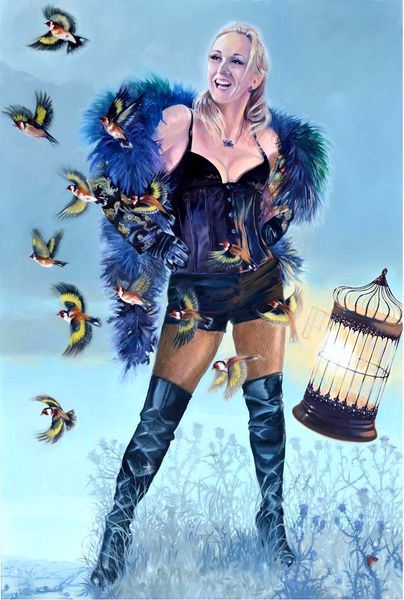 It takes guts to go on any stage, but to do it wearing little more than a smile and a couple of milk bottle tops deserves all the respect in the world. I’m glad to say the the Burlesque paintings have so far met with the approval of the people who star in them, and I’m looking forward to many more. 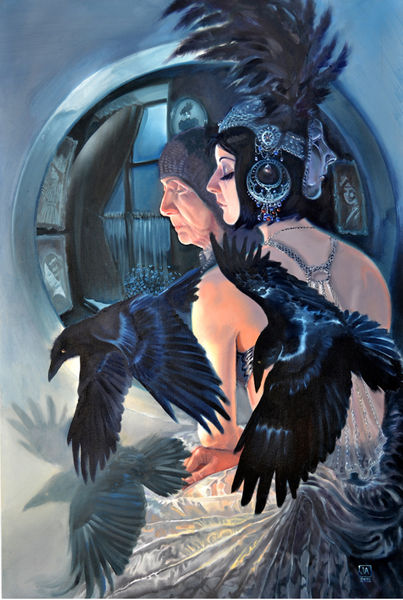 If you want to see them up close I’ve got an exhibition running at The Parlour, College Green, Bristol from Aug 18th – 24th so feel free to come and celebrate some of Bristols finest.

The whole thing is themed around people of courage and colour, and will raise money for the Sophie Lancaster Foundation.

It has been an absolute hoot, a joy and an inspiration, and I hope that maybe it’s opened a few eyes to the truth about Burlesque.

Sure beats the crap out of painting bowls of fruit…